What can a donkey teach us about life? The question was recently put to task with the passing of Ethel, a longtime staple at MPA’s Pike Farm.

Ethel arrived at the farm in 2019 with her brother, Fred as part of a rescue program, both having endured years of mistreatment in their previous living situation. At the time they were estimated to be 30 years old. They were brought to MPA as therapeutic animals, here to assist students, many themselves having survived physical or emotional abuse, manage their stress, anxiety and depression. The pair fast became beloved members of the MPA community. Students were put in charge of feeding, grooming and caring for them. In turn, the animals greeted them with friendly brays and nudges, even coming when called by those they were most familiar with. Until MPA, Ethel and Fred didn’t know what it was like to be healthy, safe and loved . . . and many of our students had never experienced being put in charge of someone of something that depends on them. There was no mistaking the effect these animals were having on their caregivers as faculty often noted how they beamed with self pride and compassion.

On October 19 the vet was summoned to check on Ethel’s leg. She had been favoring it for days and was in visible pain. She was quickly diagnosed with a dislocated femur and advanced arthritis, likely an injury she had been suffering from for years and only getting worse. It was decided that the most humane treatment for her would be euthanization. The students were devastated but encouraged to express not suppress their emotions. She was showered with affection, including hugs and brushing. Students oversaw her last moments with Fred, her inseparable companion of over 30 years and then helped load her into the trailer.

Ethel is buried beneath a pine tree by the barn. The students are working on a placard to mark her gravesite and as a symbol of the lasting impression she had on MPA. Fred spent days bellowing for his sister but now finds solace in Sally and Pepper, his favorite goats who have been allowed to share his pen. Like Fred, those students touched by Ethel’s presence will learn to live with their loss and be made stronger by the pride they had in making her life on our tiny farm in Pike, New  Hampshire worth remembering. 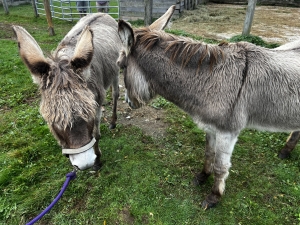 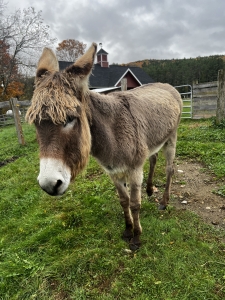 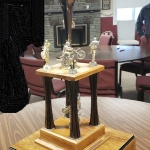 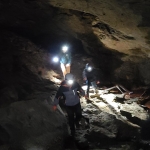 Adventure Based Learning at MPA
Scroll to top